Helen Howell, author of Jumping At Shadows, and hostess of the writerly blog Helen Scribbles, tagged me with The Look Challenge. This game is a relatively painless one: find the word look in your work in progress and post the neighbouring paragraphs.

The first thing I realized when I did a word search for 'look' is that I use it too damned often. There were 303 occurrences in my 87,366 word manuscript. Is that a lot? Cause it seems like a lot.

The second thing I realized was how hard it was to choose one section out of 303 occurrences. Gah, I could have spent all day choosing one bit.

Naturally I chose one involving excrement:

When Shawn was a little kid he was a veritable dog poo magnet. Everywhere he went he picked some up in the soles of his sneakers. They’d be going somewhere in the car and the heater would start working and that’s when the aroma of canine du jour would waft up to the front seat, sending his parents into a gagging, whining chorus of, “Awww, Jesus Christ on a stick, Shawn, not again!”

He’d be like, “What? What’d I do?” Butch would stop the car in a flurry of curses and he’d pile out and open the passenger door and examine his son’s feet and, sure enough, there’d be a dog turd smeared on the sole of his shoe.

“We don’t even have a Christly dog!” Butch would say as he helped Shawn clean up.

“That’s because he’s a Dog Poo Magnet,” Weezie would add. “Shawn is magnetically altered to pull in dog poo from all points of the globe. He is the north pole of dog poo. If you don’t believe me, look up Dog Poo Magnet in the dictionary and you’ll see a picture of our Shawnie.”

Of course, posting my own lookie-loo isn't enough; now I must tag five others. All of these bloggers, by the way, are writers I met at this summer's Muskoka Novel Marathon, and I chose them in honour of our marathon wrap-up event being held this Saturday in Huntsville. I had the BEST time at the marathon this year and can hardly wait to rub elbows with these guys and hear what they've been up to. 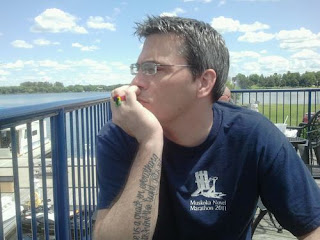 Kevin Craig is a multi-published author and one of the kings of the novel marathon. It's amazing how fast and how well this guy writes. Also? He has literary tattoos, one for each of his books that have been published. So, as well as being king of the marathon, he's the king of cool. Srsly. 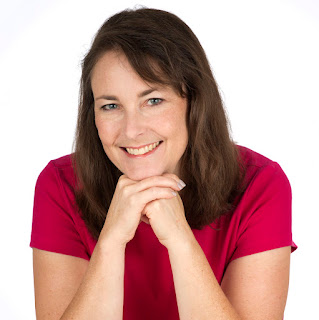 Lizann Flatt is one of Canada's best known children's authors and I had the absolute pleasure of sitting next to her at the marathon. A few years ago one of her books was selected to be involved in a very prestigious program which gives a children's book to every Grade One student in Canada. Lizann's book was chosen! How amazing is that? (Plus she's really sweet. Really sweet. Did I mention sweet?) 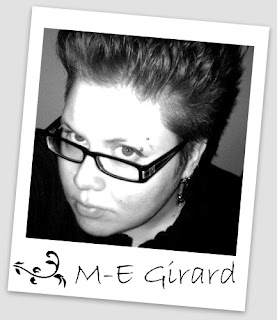 M-E Girard is hell on wheels. She is outrageous, outspoken and funny as the day is long. Lately her hilarious blog is ranty and raucous, just like she is. And I mean that in the nicest of all possible ways. 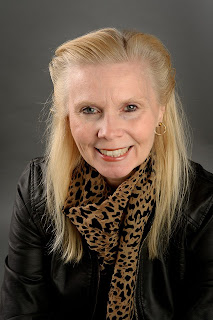 Sharon Ledwith gave me bling! She had bracelets and bookmarks from her new book, The Last Timekeepers, and she was handing them out to everybody at the marathon. I have worn the bracelet many times since and, whenever I do, I am reminded of how very, very nice Sharon is. 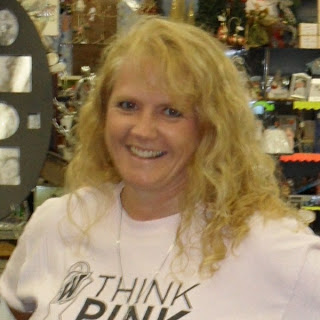 Lori Twining? What's not to love about Lori Twining? She's a veritable cheerleader of life and her enthusiasm was full on and adorable at the marathon. Her blog is self-deprecating and charming, just like she is, and even after pulling an all-nighter at the marathon, she was still cheery and wonderful to be around.

Posted by Cathy Olliffe-Webster at 8:05 AM