There's nothing wrong with nice 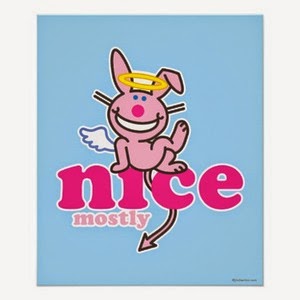 Whatever happened to niceness?

To being considerate to your fellow human beings?

I'm the first to admit I'm naive and old-fashioned, but for 53.5 years I've gotten by on the notion that you should treat others like you want to be treated, and generally speaking, I have had a peaceful, productive, happy life. I'm not all crazy about being nice 24/7, and have been known to lose my cool in less than nice ways. Not proud of it, but I'm human, and shite happens. But I do try. I want people to say of me, "Oh that Cathy, she's a pretty nice person," and if that appears on my tombstone, hey, I'll be smiling six feet under.

Lately, though, I've come in contact with internet folks who don't value "nice" the way I do. In fact, I am absolutely gobsmacked at the mean-spirited name-calling and generalizing that has pitted gender against gender, race against race, religion against religion. It just seems everywhere I turn, I see little but venom and hate.

Screaming epithets at each other is like throwing kerosene on a campfire (although, admittedly, sometimes it feels really good to spout off). Not wanting to get burned, and realizing the futility of name-calling, I would like to try to ice these ongoing battles with niceness. Again, maybe I'm naive, but it's hard to be mean to someone who is being nice to you.

Maybe that's the answer to the troubles of this world. Niceness. Saying I'm sorry when it's needed, or excuse me when you bump into someone at the grocery store.

John Lennon used to say that love is the answer, but love isn't something you can make up out of whole cloth. Being nice, on the other hand, is easier than you might think.

Perhaps we should try it.
Posted by Cathy Olliffe-Webster at 5:11 PM 25 comments:

Email ThisBlogThis!Share to TwitterShare to FacebookShare to Pinterest
Labels: The Art of Being Nice

Does anyone else have this problem? It's my neckline. It's fecking CROOKED.

No matter what shirt I have on, it slides to the left, exposing my bra strap on one side and strangling me on the other.

It's not like I'm some dimestore tart who flaunts bra straps like overcoats. I prefer my straps hidden, mostly because they're as wide as planks with yellowish-grey colouration that's supposed to be white, and yet most closely resembles lace-trimmed barn-board.

I'm all HAWT, yes, that's what you're thinking.

So what the feck is WRONG with me? Do I slump? Am I shorter on the left side? Is my left boob magnetized? I mean, WTF?
Posted by Cathy Olliffe-Webster at 4:46 PM 15 comments:

The bestest kind of poetry 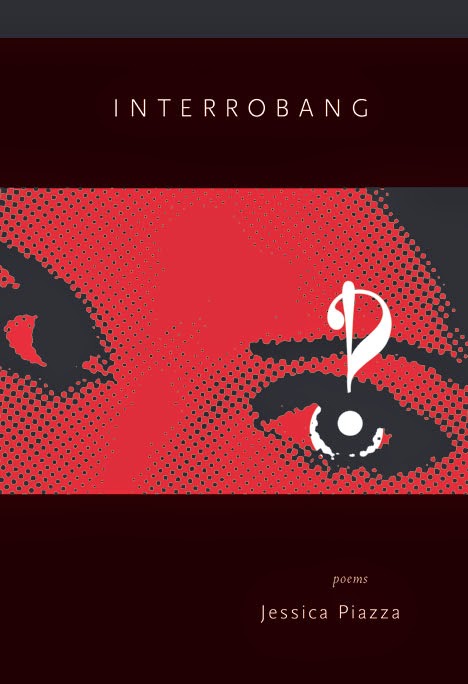 I just finished reading a short and infinitely sweet collection of poetry called Interrobang, written by a woman I've come to know a wee bit in the magical world of internet: Jessica Piazza.

Jessica is smarter than you, me and your bestie put together. At least she's got a ton of higher education which, in some people, isn't saying much. But Jessica has all kinds of smarts, all the smarts, actually, not to mention she's young and she's sassy and she's spirited like I used to be back when I didn't fart when I coughed, and my knees didn't howl after a trip through Walmart like the bellowing hounds of hell.

Interrobang is the sweetest kind of poetry, the blue denim kind, the real kind. The kind you'd see Springsteen writing, the slow easy kind that is rife with humanity and insights and what's going on in the deeper parts of that thing we call a soul. This isn't snooty poetry. This is fresh and easy to read; even easier to savour. I have spent the last couple nights with it, enjoying each poem like I'd let the world's best ice cream melt on my tongue, and I recommend it, highly, to anyone whose heart yearns for truth and wonder.
Posted by Cathy Olliffe-Webster at 2:02 PM 16 comments: