Too Much Walking Dead? 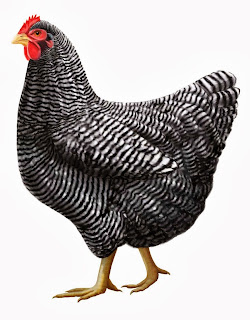 I had the weirdest dream last night. My father had died and we were all at the funeral home, when Dad sat up in his coffin. He wasn't all zombified or gross or anything. Just confused. We told him to lie down, but he wasn't having it. So we helped him up and he shambled around the funeral home, then down the street, then back home. We didn't have the heart to tell him he was dead – I mean, how do you break that to someone? Awkward, right?

It reminded me of a story Dave likes to tell. His parents used to butcher their own chickens and it's apparently true that when you chop off the head of a chicken it continues to run around the yard for a bit. This one day their friends were over visiting and for some reason they were watching Dave's dad kill chickens. Maybe there was nothing on TV, who knows. It's not my idea of a good time, watching someone kill chickens, but hey, if it floats your boat ...

Well, this one hen lost her head then ran, spurting blood, over to the visitors, where she proceeded to corner the woman against a fence.

"Get it away!" she screeched. The woman, not the hen. "Do something! Kill it!"

Last I saw my dead dad he was sitting on the couch, watching the news.

Posted by Cathy Olliffe-Webster at 11:17 AM