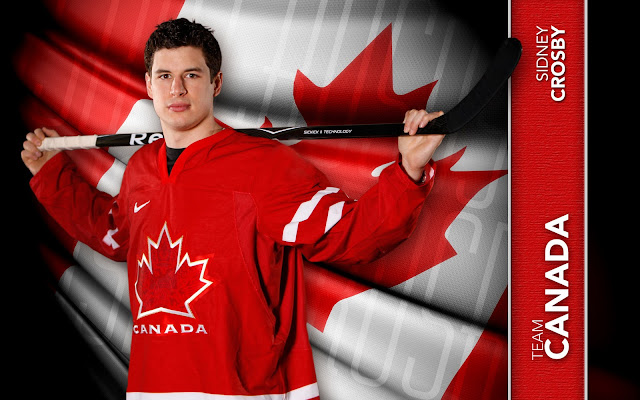 I'm not a big hockey fan, not by any means, but something I heard on the news this morning pissed me off.

Just eight games into his return to the game following a severe concussion last January, Pittsburgh Penguins' star Sidney Crosby took a hit Monday night and has decided to sit out the next two games. It was an accidental hit, at the hands of his own team mate, but that's not what matters.

What matters is that one of the game's biggest talents might never get a chance to pursue his career because the "physicality" of hockey will threaten Crosby with brain injury at every turn.

"Our fans tell us that they like the level of physicality in our game, and for some people it's an issue but it's not as big an issue in terms of fans and people in the game to the extent that other people suggest it is," Bettman said, discussing fighting. "Maybe it is [dangerous] and maybe it's not. You don't know that for a fact and it's something we continue to monitor. The level of concussions from fighting is not rising, it's constant, so it's not an increasing problem. But, it is something we'll continue to monitor."


I don't agree. When I do watch hockey, I want to see goal scoring. I want to see the world's best talents dazzling us with their puck handling and their skating. I don't want to watch fighting or hitting. Especially when it means players will be severely hurt and put out of the game.

Bettman was talking to the New York Times about a recent analysis of the brain of NHL player Derek Boogaard that showed a link between head injuries and chronic traumatic encephalopathy (CTE). Bettman said drawing a connection between fighting in hockey and CTE is "premature." Boogaard's brain was analyzed after his May 13 death, and the results showed Boogaard had CTE. It was the fourth brain of a former NHL player to be analyzed by researchers and confirmed to show signs of CTE.

"I think in this whole area there is probably entirely too much speculation and rumors and the like on something that is simply a tragedy," Bettman said, speaking at the conclusion of the NHL Board of Governors meeting. "With respect to what Boston University might find on CTE, they're still looking at a very limited database and in those particular cases there is no control element because you have to look at everything that went on in the person's life before you make a judgment on what a brain may show when you open it up.

"So, I think when you look at the fact that the medical community has only been dealing with the issue of concussions in the way that they have for probably the last few decades, and if you look at our history starting in 1997 and we've been across all fronts -- whether it's the study, the working groups, baseline testing, diagnosis and return-to-play protocols, rule changes, the creation of the Department of Player Safety -- we've been doing lots and lots and we'll continue to do lots and lots. But, there are no easy answers yet. And, I think it's unfortunate if people use tragedies to jump to conclusions that probably at this stage aren't supported."


How much study do you need to know that a conk on the head hurts the brain? Come on, it doesn't take a brain surgeon to know that! Read between the lines and you'll see all Bettman really cares about is money. He's afraid that ending fighting in hockey will mean the end of the money train. I think he's wrong. I think people would enjoy hockey more if there was no fighting. I love watching kids play, because they're playing – not fighting.

Boogaard's autopsy, Crosby's injury – these should be red letter flashing wake-up signs to Bettman and the NHL that it's time hockey violence came to an end. Now. Before players like Crosby wind up retired or dead.
Posted by Cathy Olliffe-Webster at 7:51 AM