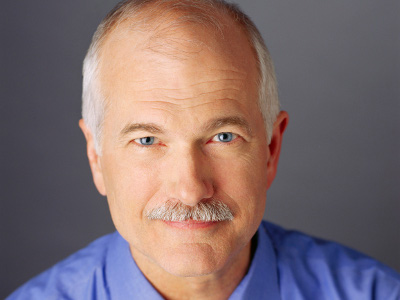 I can't let this morning go by without saying something about Jack Layton. His death yesterday, from cancer, wasn't a surprise but it was a shock and a tragedy for this country. I just read his last letter to Canadians and the fact he wrote it two days before his death speaks to the love he had for his job as Leader of the Opposition, for his political party and, mostly, for his fellow Canadians.

I thought he was the best federal leader to come down the pipe for a long time. He had integrity, honesty and energy, in spades. I am happy that he enjoyed such huge political success in his last year; you can't "go out" with much bigger of a bang than he did. But how bittersweet for a man who wanted to change the world as much as he did, to have that power in his grasp, only to succumb to the pitiless grasp of cancer.

You can read his entire letter here. It's a wonderful letter. But I leave you with his final paragraph, words to live, and die by:

Posted by Cathy Olliffe-Webster at 8:03 AM