No Jann Arden for me 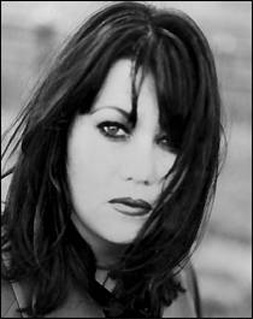 Yesterday I was, like, JANN ARDEN IS COMING TO HUNTSVILLE! And then three minutes later I was, like, HER CONCERT'S SOLD OUT? ARE YOU KIDDING ME? I JUST FOUND OUT!

Sorry about the all-caps. But that was my face, one big round all-cap. I love Jann Arden, are you kidding me? I've been trying to see her in concert since forever and every damned time I get wind she's going to be performing anywhere near my neck of the woods, she sells out in 30 seconds. OK, so I exaggerate. Maybe it's more like 45 seconds. She was in North Bay a couple of years ago but I missed her because I wasn't quick enough. Toronto – not quick enough. Both cities are a ways away from me but I was willing to make the drive because, as I have said, I loves me some Jann Arden.

Then, yesterday, I found out she would be performing in Huntsville, which is 20 minutes up the road! Twenty minutes! Jann Arden! I was woot-wooting all over the office ... until my workmate, Lynda, discovered the concert was already sold out.

Excuse me. I must pause. I'm tearing up again.

When I finished pouting and wailing I got busy and started my Stalk Jann Arden Campaign. I sent her about a 406 messages on Twitter trying to weasel a ticket out of her stellar self. I think I even promised her an interview here on my blog (that hardly anybody reads because it's been so boring lately, and hey, I can't blame you) thinking that Muskoka River blog coverage would give Jann the publicity, fame and fortune she has so far been sadly lacking. Yes, I think that's what every celebrity needs, a post here at the River.

Mizz Arden, sadly, did not get back to me. Probably she was too overwhelmed by my offer, I'm thinking. But. And here's a pretty cool but (not that kind of butt) – SHE STARTED FOLLOWING ME ON TWITTER!

Now I'm all weirded out. The pressure to tweet only good stuff is intense, so I'm not tweeting anything at all. Not that I tweet a lot to begin with but, still. Jann's listening. So do I pretend to be all cool, like I don't notice that she's following, just like when you're in high school and a cute boy walks by and you're like la-dee-dah-dee-dah at your locker, pretending your heart isn't in your tonsils? Or do I get all smarmy and send her smeemy messages like, "Thanks for the follow, Jann." Or, the classic, "how's it going, eh?" because she's Canadian and probably likes having other Canadians say eh to her a lot.

On a completely different note, also requiring all-caps, I WAS DOWN ANOTHER FOUR AND A HALF POUNDS LAST NIGHT AT WEIGHT WATCHERS!!!!!!!! Woot! Woot! Root beer toot! That's 19 pounds in six weeks, NOT THAT I'M COUNTING or anything!

Who's dancing all over the kitchen right now?

P.S. So I just saw Laura Eno's comment... Laura, get outta town, you don't know who Jann Arden is???? Won't do, sistah, won't do at all. Here's one of her biggest hits – take a couple minutes to listen and tell me you still don't know who she is!!! Also, thanks for accepting all my poundage! I sincerely appreciate that! (And hugs to Laurita and Delores - love you guys!)

Posted by Cathy Olliffe-Webster at 8:08 AM